While most insiders would tell you that Australia was a done deal in January of this year, it is still a major announcement and one that Townsville must start positioning itself to capitalise on.

“Crowd numbers here in Townsville surpassed other host cities and the CBD was transformed into what was described by many as a World Cup feel in picturesque North Queensland,” said Townsville Chamber of Commerce CEO Ross McLennan.

“There is an opportunity to host professional rugby with the Queensland Reds and the Wallabies on an annual basis here in Townsville.

“The British Lions are touring in 2025 and what better way to show off the nation than by hosting a midweek game here, all while showing off the Great Barrier Reef and everything our tropical islands have to offer.

“While Townsville’s stadium does not have the 60,000-person capacity that World Rugby requires for a final, we need to start looking at what is in store for Rugby over the next 10 years.

“Townsville has an excellent track record for hosting international rugby teams. We’ve done it before with Japan in 2003. And of course, the Rugby 7s component of the 2032 Olympics will need a home,” said Mr McLennan.

With an estimated $2.8 billion in direct and indirect expenditure between both the men’s and women’s side of the Rugby World Cup, and with over 4 billion people worldwide expected to watch the tournaments, Australia will be in the Rugby World spotlight, and Townsville now has the world class facilities to host and attract these major sporting events.

As Australian Rugby Union President David Codey said on our podcast, the Townsville ChamberCast, last year, Townsville is one of the only places in the world he could walk out of his hotel room and walk to the stadium. An Event Series Not to be Missed! 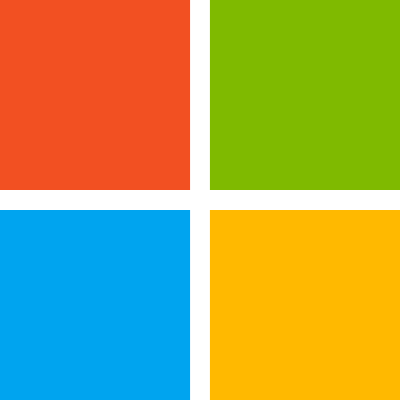 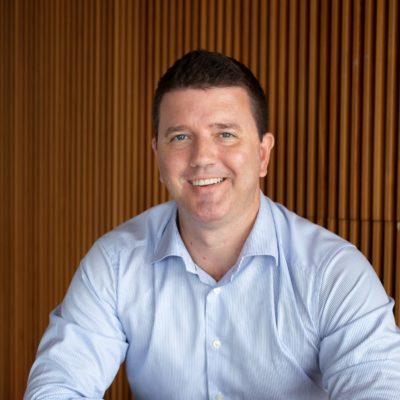 Damien has 29 years of experience in the real estate and property industry and brings a unique approach to helping his clients achieve their property goals.

It’s this right blend of professionalism and approachability that has seen many of Damien’s clients successfully buy and sell several properties through him over the years. Together with his wife Kirsty, they launched their own successful real estate brand in Townsville called Keyes & Co Property in 2012 and have created an excellent platform from which they can serve their community for decades to come.

Passionate about the Townsville community, Damien along with his wife Kirsty are supporters of various local charity and junior sporting events and Damien’s work as an MC or auctioneer is well known at big events such as the Daniel Morcombe Foundation Gala Ball and the Ronald McDonald House Gala Ball.

Through his real estate sales platform, Damien leads a team of bright and committed career real estate agents that all share in the same passion – helping people achieve their real estate dreams. Living out his own dream, Damien’s legacy is through helping those on his team realise their own potential and share in their highs and lows throughout their respective property careers.

Keyes & Co. Property and the work the company does through its agents and clients alike is something Damien is deeply passionate about and feels privileged to be part of and is genuinely excited about the journey that lays ahead.

Damien has been in the real estate industry since 1993

Principal and Director of Keyes and Co Property

Member of the Australian Institute of Company Directors

Member of the Real Estate Institute of Queensland 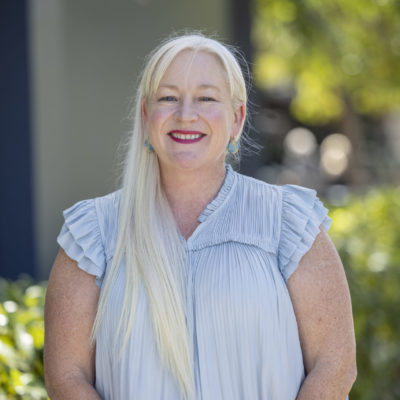 Danielle is a passionate North Queenslander, with a strong understanding of the health industry as a business contributor, and business driver for communities.

She has qualifications in Speech Pathology and Business, living and working in regional Queensland for 30 years, including Townsville for the past 7 years. With a strong background in regional health, she maintains a personal passion for improving the health, wellbeing and lives of people living in regional areas.

She has served on many organisations, committees, and governance groups to inform strategy, policy and operations, including as an executive director allied health, chief operating officer and chief executive officer. She has previously served on the Board of the Mackay Hospital Foundation, and is a current Board Director and Governance Committee member for selectability, one of Queensland’s largest regional mental health and suicide prevention providers.

Listing in the NQ Chambers Magazine 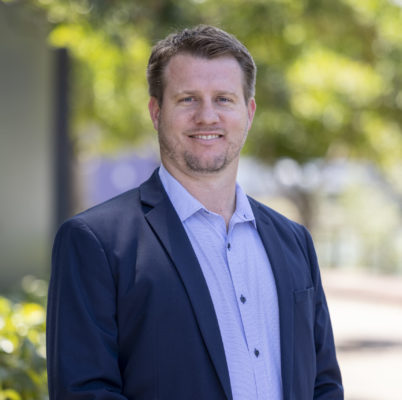 Chris is the Chief Operating Officer at Menninger Capital and is also an Executive Director of Marathon Consolidated Ltd. Chris has 15 years’ experience in the operations and risk management of successful small-to-medium businesses.

Chris holds a BAS Agent registration with the Tax Practitioners Board. Prior to his appointment as Treasurer for the Townsville Chamber in 2016, Chris acted as Chair of the Young Chamber Committee from 2009 to 2015. Chris is currently undertaking a PhD in Behavioural Economics, having completed his postgraduate Honours degree in Economics at James Cook University where he was awarded the C.P. Harris Medal.

Chris contributes to the portfolios of governance, small business, sports and Millenia engagement for our organisation. 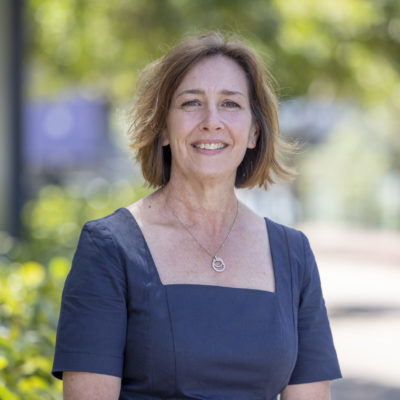 Kate has a broad and diverse skill set from over 20 years’ experience as a Chartered Accountant and Business Advisor, working with family-based enterprises throughout Queensland.

Born and bred in the region, Kate is a fierce advocate for our region’s business community.

Kate’s qualifications include: Bachelor of Commerce, Fellow of Chartered Accountants Australia and New Zealand, Diploma Financial Planning, holding a certificate of Public Practice and registration as a Tax Agent.

Kate has previously held Board positions with the Townsville Hospital Foundation and Zonta Club of Townsville Metro. Kevin is the owner director of NQAV and has been a business owner since 2008.

He is the recipient of many industry awards including the Australian Institute of Management 30 Under 30, and was a Finalist of the Townsville Chamber Young Business Achievement Award in 2012. Prior to joining the Townsville Chamber Board, Kevin was the Chair of the Young Chamber Committee for two years and is also currently a Board member of Coast to Country Housing Company and a member of the Rotary Club of Townsville Sunrise.

Kevin represents the Chamber on Council’s City Image Advisory Committee, and contributes to the portfolios of small business, digital disruption and technology for our organisation. Emily has a broad and diverse background in administration, finance and science through her work in government, not for profit, small business, retail and commercial industries.

Born and bred in Townsville with experience working and running a Brisbane small business, Emily is a proud Townsville resident and an advocate for local business, creative arts, education and community.

Emily is a graduate of JCU and CQU. Her qualifications include: Bachelor of Biomedical Science; Graduate Diploma in Professional Accounting; Certificate IV in Work Health Safety. Emily has previously held a volunteer Board position with the Saints Eagles Souths Football Club. Daniel Christie is currently the Head of Engineering at James Cook University.

As a North Queensland native, Daniel is passionate about the region and hopes his experience gained in working nationally and internationally will allow him to help shape a successful and prosperous North Queensland.

Dan’s qualifications include: Bachelor of Engineering, Masters of Science (Engineering), Fellow of Engineers Australia and CPEng. 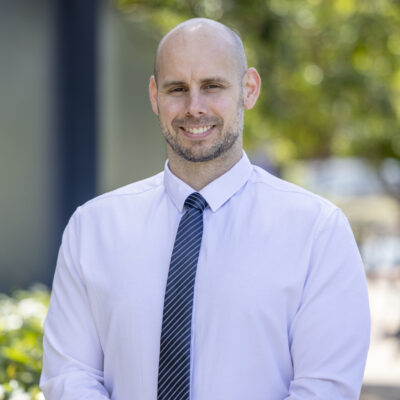 Chris is an Associate at Wilson Ryan Grose Lawyers where he practises as a lawyer in Family Law and Insurance and Injury Compensation. Chris is the Captain of the Chamber Projects Committee and the Chair of the Townsville Young Chamber Committee.

In addition to devoting his time to the legal profession, Chris volunteers his time as a committee member of Estates Soccer Club and carries out pro bono work for Townsville Community Law and the Community Grow Legal Clinic.

Peter is a Partner with the Carey Group and has over 20 years’ experience in advising small business, servicing clients in Ingham and surrounding districts.

Peter has extensive experience in accountancy and taxation advice across a broad base of industries.

Peter is also a Board Member of St Patricks College Townsville, Chair (Legal & IR Committee) HIA North Queensland and President of the Townsville District Rugby Union. Peter represents the Chamber contributes to the portfolios of finance and employment for our organisation. Miranda Mears is an experienced and passionate leader and consultant with over 25 years of starting, running and exiting businesses. Her special interest and focus areas for business advisory and consulting are in Governance, Strategy, Digital Transformation and Cyber Security.

Miranda is currently Head of Smart Precinct NQ and strategic projects for developing impact and positive improvement in North Queensland. Miranda previously owned registered Training Organisation Learning Partnerships and co-founded Securus Global, one of Australia’s most highly regarded Information Security and technical research companies before selling and floating it on the ASX. It is now part of the Tesserent group of companies which was admitted to the ASX All Ordinaries Index of the top 500 ASX listed companies by market capitalisation. 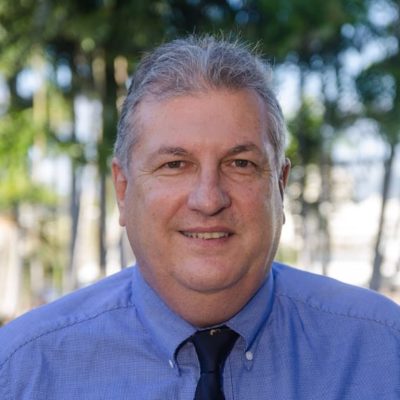 Michael has held Senior Sales and Marketing roles with some the world’s leading brands including Colgate Palmolive, Unilver, Cadbury Schweppes and Pepsi.

Michael commenced the Brumbys North Queensland Master Franchise in February 1994 and opened over 16 stores and franchised 60 stores in North Queensland and New Zealand, selling in 2010. Michael is an equity partner in Etrainu / Yomconnect and consults to small and large businesses.

Michael represents the Chamber on the Community Policing Board, and contributes to the portfolios of retail, crime, finance and employment for our organisation. Chamber’s strategic directions; relations with members and stakeholders; management of the organisation. 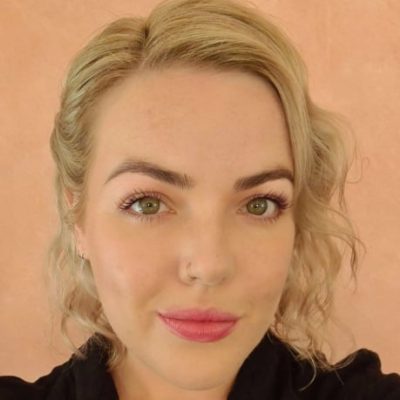